Have an illuminated ABS light on your Ford F150/F250? Is your vehicle’s braking system not running smoothly, now you’re worried?

ABS or Anti-lock Braking System provides more vehicle control and decreases the braking distance. Many users use their scan tools to turn the light off but that doesn’t really solve the problem. Fixing the root cause is the only way to ensure your ABS is back up again.

In this article, I will go over:

Let’s get into it! 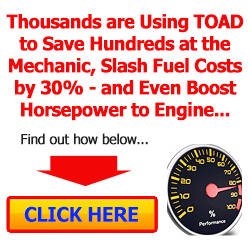 What can cause ABS light on Ford?

There are several reasons why your Ford has an illuminated ABS. As a mechanic, I have a list of common causes that I diagnose to help me save time.

If you’re seeing an illuminated ABS light, use the table below as a checklist to help you diagnose the underlying problem. The table starts with the most common causes of ABS light on a Ford and ends with the least.

Let’s look at how each of these can cause the ABS light to come on, how you can go about diagnosing the issue, and how much it’ll cost to fix the problem.

ABS sensors can detect the level of brake fluid in the system. Since the brake system in a Ford F150/250 is hydraulic, brake fluid is vital to keep pressure on the brake pad bringing the vehicle to a halt.

A leak in the brake fluid or evaporation can decrease the pressure applied to the brake pad. It affects the performance of the ABS. An ABS sensor is quick to detect low levels of brake fluid resulting in an illuminated light.

Low brake fluid is the most common diagnosis when resolving an ABS light problem. Car owners can check the levels by themselves. The brake reservoir is placed at the rear of the engine. It is directly opposite to where the brake pedal is mounted.

The reservoir is translucent and allows car owners to check the brake fluid levels and determine if a leak is causing the ABS light to come on. Fill the reservoir up to the “full-line” and close the cap.

You can get a bottle of brake fluid for roughly around $8 to $20, depending on the brand and bottle size.

A dirty ABS sensor is also a common diagnosis for triggering the ABS light. It is best to clean it yourself before paying a mechanic to do it for you.

You can find it mounted on the wheel bearing assembly when the wheels are turned to the right. There may be several ABS sensors on your Ford, so if you’re not sure where it is, read the car’s owner manual.

To clean the sensors, you would need the following tools:

Follow the steps below to clean your ABS sensor:

You must clean your ABS sensor once in a while. I recommend doing it when you’re replacing the vehicle’s brake pads as the wheels are off during the replacement helping you save time.

Fuses can blow up anytime affecting the vehicle’s electrics. There is also a fuse for your ABS. Before replacing/repairing the ABS module or pump, it is best to check your fuse box for the ABS fuse and replace it if blown.

Replacing the fuse is inexpensive and can cost about $20.

The ABS module is responsible for controlling the braking system and sending data to the central power unit. The leading cause of a faulty ABS module is corrosion. It makes it difficult to sense the wheel speed and other information. A corroded ABS module will require replacement.

To replace the ABS module yourself, follow the steps below:

The Ford F150/250 ABS control module can cost you $300 to $1,000 depending on the model of your vehicle. If you’re unable to replace the module yourself, a mechanic can easily do it for you. Since it is not a laborious task, labor costs tend to be around $80 to $120.

A bad ABS pump is the least common diagnosis for an ABS light on a Ford F150/F250. However, if you’ve tried all other diagnoses and are out of luck, check for a bad ABS pump.

An ABS pump stops the vehicle’s wheels from locking and skidding providing stability during braking.

I recommend showing it to a mechanic as replacing a faulty ABS pump can be a complicated task. Even if you’re able to do it yourself, you would need a “service bleed” to remove trapped air. To do that, mechanics have the relevant scan tool with special functionality.

Let’s face it, resolving the most common issues that cause ABS light on your Ford can take a lot of time.

Instead of resorting to diagnosing the issues one by one, it is best to use an ABS scanner. These types of scan tools provide quick diagnosis allowing car owners to save time and also know what the issue is before heading to an auto technician shop.

The ABS scanner plugs into the OBD2 port on your F150/250 and reports back any fault codes in the ABS. You can then search the fault code on the internet or your car owner’s manual to know where the underlying problem lies. For ABS diagnosis, you need a scan tool that can access the ABS module. It is just about $100.

The Ford F150 or the F250 are expensive vehicles with high repair and replacement costs. Investing in a great scan tool can help avoid such expenses by helping car owners diagnose the issue before it gets worse.

Can you drive with an ABS light on?

You can still drive your vehicle with the ABS light on as this does not impact conventional braking. However, ABS helps control the vehicle better and prevents the wheels from locking. I would not recommend driving with an ABS light on especially when the roads are wet as it can lead to an accident.

Get your ABS checked immediately when the light comes on.

An illuminated ABS light on an F150/250 occurs when the vehicle fails a self-diagnostic cycle. This could be due to several things and requires proper diagnosis.

If the ABS light comes on while driving, make sure you drive slow to your destination. Stop driving your vehicle until you have fixed the underlying problem as it is a safety concern.